The start of this year’s holiday season was sadly marked by the passing of President George H.W. Bush (1924 – 2018) after a long and fruitful life.

Bush gave deeper meaning to the acronym CAVU (“Ceiling and Visibility Unlimited”), which he used as a U.S. Naval Aviator. (We also used that acronym in the U.S. Air Force.) Pilots use this to describe ideal flying conditions.

In 2001, Bush wrote a letter to his family, that read, “[CAVU] describes my own life, as it has been over the years, as it is right now. Because of the five of you whose hugs I can still feel, whose own lives have made me so proud, I can confidently tell my guardian angel that my life is CAVU, and it will be until the day I die.”

CAVU certainly applies to the 41st President of the United States and his gifted family. He had many advantages in life, but he used them to serve his country — early on by fighting in WWII in the Pacific…and later by ending the Cold War, as President.

On the home front, Bush’s Americans with Disabilities Act (ADA) was a landmark law that mandated access for millions of Americans with physical and psychological limitations to various public amenities.

The ADA also includes being able to keep service animals, as he did himself at the end with his dog Sully. And it opened up huge possibilities for animal-assisted therapies.

Sound health initiatives from the federal government…for a bit

I recall during Bush’s first presidential campaign in 1988, Anne Richards, then-Democratic Governor of Texas, quipped, “Poor George, he can’t help it; he was born with a silver foot in his mouth.” And, “George was born on third base and thought he hit a triple.”

And perhaps she had a point…

The election of Bush Senior marked the first and only time in the 20th century that a full, two-term President was followed by the election of the next President from the same party. In that way, pundits said Americans were really voting for a “third term” for the hugely popular Ronald Reagan.

I actually began working for the federal government at the end of Reagan’s first term. And I continued to work at the Walter Reed National Military Medical Center in Washington, D.C. throughout the entire Bush administration. (I left the government before the end of Clinton’s first term. So, Bush was the only President I served throughout his entire term.)

It came as a surprise to those of us who worked in the second Reagan term that Bush decided to change his predecessor’s appointed personnel from top to bottom — including my boss, the popular folk hero, Surgeon General C. Everett Koop, who very much had wanted to stay.

But things changed, as they always do.

Of course, the big medical mystery of the Bush White House was when the President, Mrs. Bush, and their dog Millie all came down with thyroid disease at the same time. My friend and neighbor, Dr. Ken Burman, who was chief of endocrinology at Walter Reed at the time, treated them. He never solved the mystery of the origin of their illness. But he treated the condition, and it eventually resolved.

I also remember meeting the Bushes after drafting an article on “Military Medicine in the Gulf” for the Encyclopedia Britannica in 1991 during the first Gulf War (Operation Desert Storm).

It turns out that the death rate of U.S. soldiers in the combat zone was actually lower than that of men and women living in a dense, urban area of comparable size here in the U.S.

Eventually, my report caught the attention of the Assistant Secretary of Defense (ASD) for Health Affairs, Dr. Enrique Mendez, whom Bush had appointed. And I was singled out for special attention.

I later went to have lunch at the White House with President and Mrs. Bush. They were the picture of good health. And they even brought out some of Millie’s puppies to play with.

After a surprise election of 1992 — in which Bill Clinton beat out both Bush Senior and billionaire businessman Ross Perot in a three-way race — things really changed in Washington, D.C.

And not for the better, in my experience.

I had seen the creation of many sound public health policy initiatives during the Reagan and Bush years…and worked on some myself. But after Clinton was elected, it was all politics, all the time…instead of real policy.

In 1995, Sen. Tom Harkin (D-Iowa) nominated me to serve as FDA Commissioner. But by that point, I had made up my mind to leave the federal government.

Perhaps I should have stuck it out…

But then, I wouldn’t be able to “tell the truth, the whole truth, and nothing but the truth” — as I do now in my Daily Dispatch and Insiders’ Cures newsletter — about what’s going on with science, health, and medicine today in the hands of the academic-government-industrial complex.

So, today, as we prepare to close the chapter on 2018, I wish you the best for a healthy, peaceful, and prosperous New Year.

And may George Bush rest in peace. In his time, he helped keep our country, and our world, on the path toward peace and prosperity.

Lastly, may our beloved dog, Max, who died in 2018, rest in peace as well. In his time, he too served us well and brought us nearly ten years of great joy, faithfulness, and happiness. 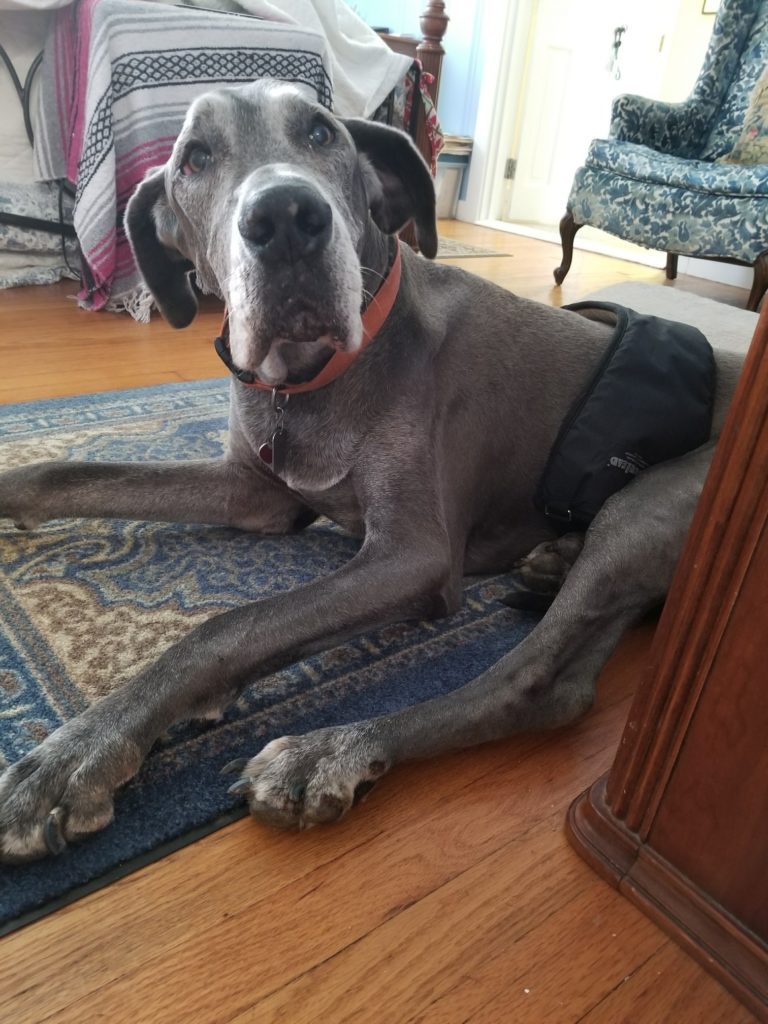